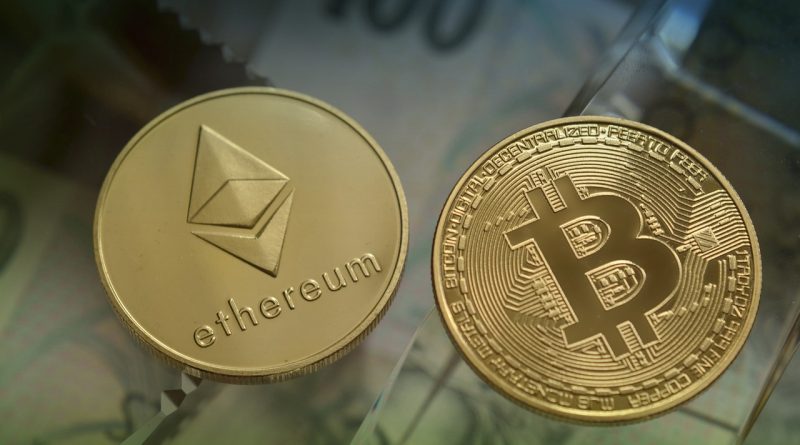 After Bitcoin (BTC), the second most popular digital currency is Ether (ETH), the cryptocurrency of the Ethereum network. Being the top two cryptocurrencies in the market today it is inevitable that comparison is drawn between the two.

BTC and ETH have a lot of similarities between them, like, both are digital currencies, which are traded through online exchanges and different types of digital wallets are used to store them. Both ETH and BTC are decentralized, meaning there is no regulating authority like a Bank. Both use blockchain, a distributed ledger technology.

While both BTC and ETH are utilizing blockchain technology, there also are some differences between the two. ETH runs on the Ethash algorithm, whereas BTC runs on the SGA-256 algorithm. Transactions on the ETH network are confirmed in seconds and on a BTC network, it takes minutes to confirm the transaction. Even the transactions on the ETH network consist of an executable code whereas on the BTC network the data affixed is only used for keeping notes.

Currently, both BTH and ETC are using POW (Proof of Work) consensus protocol; in this, the nodes on their respective network will agree to the state of information being recorded in blockchains and will protect the network from any possible attacks. But, ETH is expected to move to a more economical consensus protocol POS (proof of stake), in 2022, through its new Eth2 upgrade. The new protocol will require very little computational power as was the case in POW. In POS the computational power will be substituted by staking, hence requiring less energy. Validators will replace miners and will utilize their crypto holdings, by staking them to activate the ability to create new blocks.

The objectives of developing BTC and ETH are also different. Where BTC was developed to replace the current monetary policy, how currency is being exchanged and stored. ETH was designed to develop a platform that will facilitate unchallengeable programming contracts and applications.

Theoretically, there shouldn’t be any comparison between the two as ETH is a use case for blockchain that supports the BTC network. But the popularity of Ethereum and it being close behind Bitcoin in ranking, by market cap, over the years, has drawn the comparison.

There has been a huge growth in the Ethereum ecosystem because of the increasing popularity of its dApps, which can be used in areas of arts and collectibles, finance, technology, and gaming. This rising popularity of ETH has led to a rise of 510% in 2021, in comparison to BTC which witnessed a 93% rise. As a result, the market cap of ETH, which was one-tenth of BTC in January 2020, has risen to nearly half of BTC in December 2021.

Photo by – vjkombajn on PIxabay