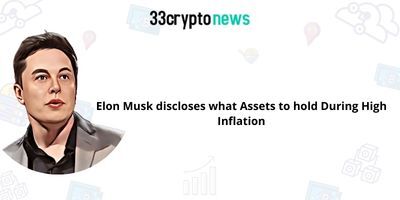 The world’s richest man, Elon Musk said that he won’t sell his BTC, ETH, and DOGE and also revealed what assets he thinks is good to hold when inflation is high.

Elon Musk tweeted that the company he leads -TESLA – is under pressure due to increasing inflation. He also shared his point of view on what assets are better to hold during high inflation.

For those who are looking for advice from this scenario, it is normally better to hold physical things like stock in companies or homes you believe make good products than dollars during high inflation.