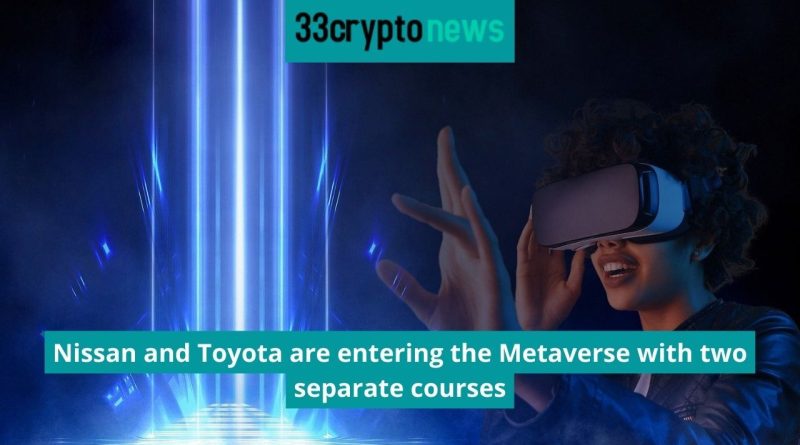 Asian car manufacturers Toyota and Nisan make their entry into the metaverse, creating new virtual offices and possibilities for the community.

Playing with the Metaverse has become a trend among big brands and corporations. This time, it has caught the attention of two of the world’s largest automakers, Nissan and Toyota.

On April 22, Japanese automakers Nissan and Toyota announced their entry into the Metaverse to provide new virtual experiences for their users, organizing digital events and creating virtual customer service offices.

According to the Japanese newspaper Nikkei Asia, both companies are striving to innovate in the Metaverse, offering immersive exhibitions of their cars through the use of virtual reality (VR) thanks to their alliances with video game developer startup VRChat.

How Nissan and Toyota Approach The Metaverse

Nissan will concentrate on creating virtual reality rooms for its customers. On the other hand, Toyota will focus on remote working environments and build up offices for its employees to use their avatars to discuss technical developments.

That said, now some of Toyota’s work meetings won’t be physical, but will take place in the Metaverse. According to a company representative, this new workspace will open in the wake of the problems caused by the coronavirus.

Nissan and Toyota aren’t the first automotive brands or companies to innovate in this latest metaverse trend. Other companies, like Volkswagen and Mercedes Benz, launched campaigns in early April to promote their entries in the Metaverse, handing out prizes like the latest PS5 and advanced driving lessons at one of Volkswagen’s academies.

Additionally, other luxury automakers like Ferrari have yet to officially enter the Metaverse but are already dabbling in the creation of NFTs, hand-in-hand with blockchain companies like Velas Network.

This means that little by little most of the major automotive companies are gambling on the technologies behind cryptocurrencies.