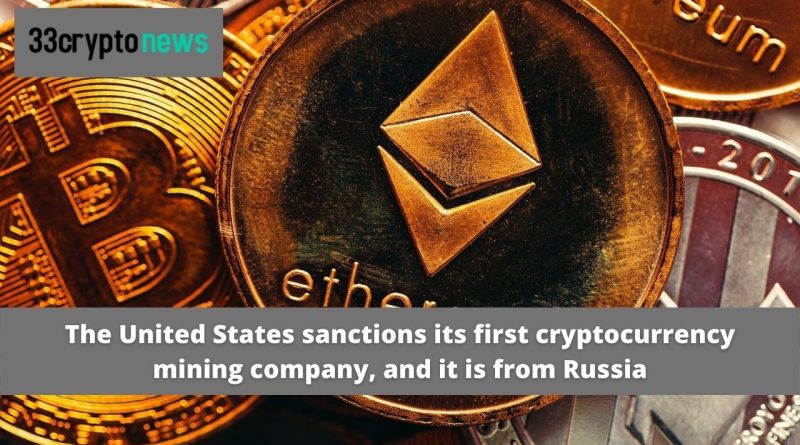 BitRiver, a cryptocurrency mining company has been authorized by the OFAC, along with its subsidiaries and a Russian bank.

The US government just sanctioned the first cryptocurrency mining company,  also from Russia. This comes a day after the IMF warned that Russia could circumvent economic sanctions by mining cryptocurrencies.

On April 20, the US Treasury Department’s Office of Foreign Assets Control (OFAC) approved BitRiver, a Moscow-based cryptocurrency mining company, and banned any business dealings with US citizens.

The U.S. Wants to Stop Russia From Evading Sanctions

The Ministry of Finance wants to prevent Russia and its allies from circumventing economic sanctions through Bitcoin mining. In the press release,  OFAC says that Russia has significant “comparative advantages” in cryptocurrency mining.

Brian E. Nelson, US Undersecretary for Terrorism and Financial Intelligence, said the Treasury Department can and will prosecute any person or company that helps circumvent US sanctions against Russia because they support what he calls “Putin’s brutal war.”

Russia Could Begin Mining Cryptocurrency to Bypass US Influence

According to a Bloomberg report, more than 17 million Russians own cryptocurrencies with assets worth nearly 16.5 trillion rubles ($214 billion). This figure represents about 12% of the total cryptocurrency capitalization, which means that a large portion of Russian citizens are familiar with cryptocurrencies and the various consensus protocols.

That is why the United States is attacking Russian mining companies directly. According to the US government, they take the country’s energy and convert it into cryptocurrencies that can be exchanged for rubles or US dollars via decentralized platforms.

As Russian President Vladimir Putin has said, cryptocurrency regulation is “in the spotlight,” so perhaps mining could be seen as the government’s ace up its sleeve to evade economic sanctions.